Jill Barber and her band made a stop in Vancouver, after spending time on the road performing and preparing a new album. Their coming home was welcomed by plenty of Jazz lovers. In fact,  Jill Barber and her musicians we able to sell out two consecutive shows on their presentation at Granville Island’s Performance Works on Saturday, June 30, 2012.

Surprising? Absolutely not. Their show did not disappoint.

Performing timeless music that included influences of charleston, jazz, a bit of ballad, another bit of folk, and some other retro styles mainly inspired in the 20th century, Jill Barber offered an outstanding concert that included some of her best-known hits. In an excellent display of her privileged sweet and delicate voice, she delected the audience with songs like “Never Quit Loving You”,  “Chances”, and “Oh My My”, among others.

The concert was garnished with some welcome additions. For instance, Barber revealed that she had spent the last few months working on a currently-unnamed album that will be her first one recorded entirely in French, performing also a song from said new album.

The hour-and-a-half concert was accompanied by Barber and her musician’s humour, as well as invitations to have the public participating in choruses and following her rhythm. The evening was crowned by Jill Barber’s sale of records and dedication of autographs on the spot.

Jill Barber in concert is a must see concert that will leave the public wanting more of her delicious style and voice. 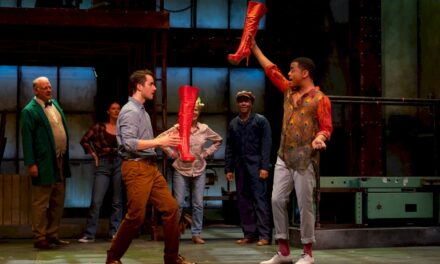