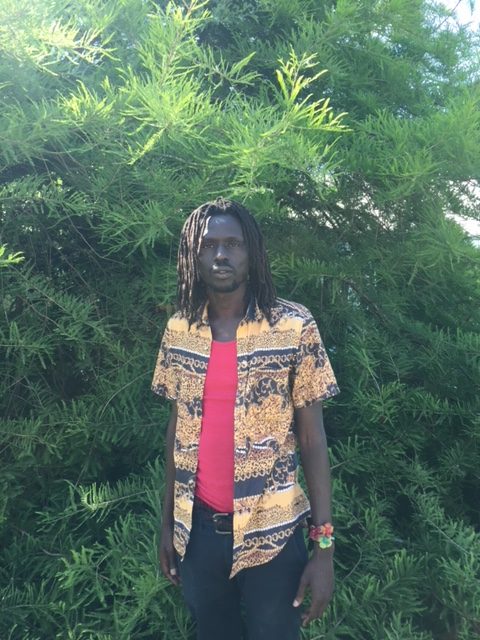 I talked with Emmanuel Jal this past summer at the Vancouver Folk Music Festival outdoors in Jericho Beach Park and talked with him about his music and becoming an Internationally recognized performer, here is what he had to say.

Is this your first time to Vancouver Folk Music Festival?

What got you into music and becoming a performer?

It was accidental actually, when I first started I was kicked out of the choir and studios, but I had a calling, the music engaged my mind (my mind was filled with trauma from being a child soldier) something just told me to do it because it made me happy, it gave me fulfilment and cleared my mind.

I ended up doing a concert to speak out and raise funds, I was doing it for fun and I had no idea It would end up paying my bills.

Are you currently on tour?

I am actually on tour with Xavier Rudd right now and I have been opening for him. I am taking a break from the tour to perform here in Vancouver as well as visiting South Africa where I am about to go to tomorrow.

How old were you when you started in music?

Becoming a global musician, was that a lot of work?

I think luck is created through hard work, when an opportunity comes you prepare and you make it happen, build a way, is impossible to crush, that is why I like lifetime musicians.

Who inspires you currently?

I was inspired by Freedom fighters, any person who is doing good inspires me, anyone who makes it so bad for people they inspire me, they have a positive mindset, leadership is corrupt, choice is the person, process of creation is energy, fire can be used for good and can be used for going bad, everything goes through pain, fire then joy.

Between the last time you performed here and this time, Any changes in direction from last performances?

The Purpose, performance, passions is the same, as long as the 3 p’s are on it keeps your personality, being a musician I have been lucky. I have been a musician for over 12 years and not having to worry, that is over 10,000 hours as a musician.

Do you usually have more people playing with you?

Here I had a couple people, but usually I have more musicians playing with me.