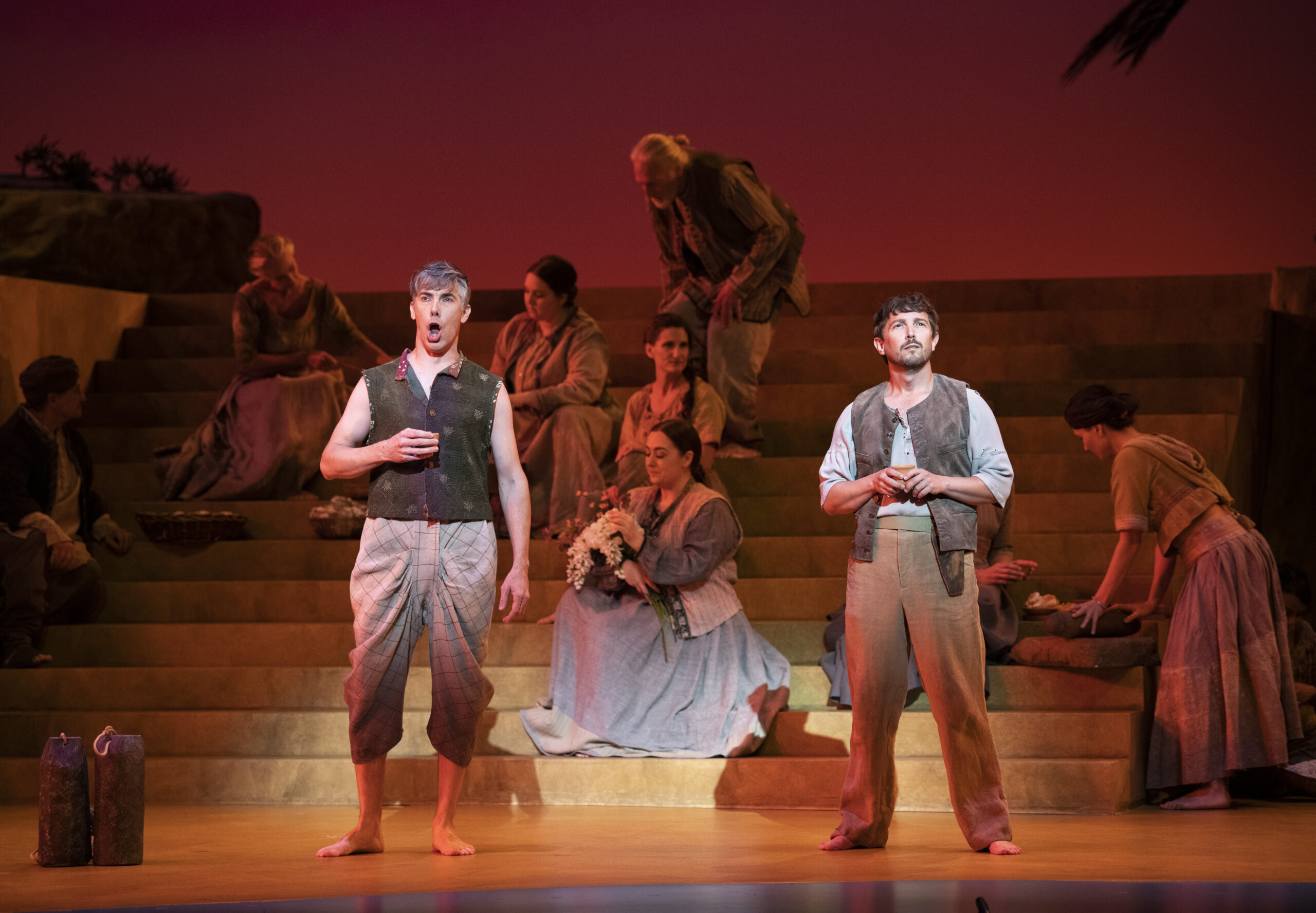 Vancouver Opera opened it 2022-2023 season last night with a full-scale production of Georges Bizet’s The Pearl Fishers and it’s the first time this opera company has presented this classic opera in 28 years.

It was a wonderful performance with great singing, an exhilarating orchestra and an opera with beautiful costumes where it all worked perfectly together, great synergy.

From the composer of Carmen, The Pearl Fishers’ transcendent beauty, lush orchestration and Bizet’s trademark. Directed by Vancouver favourite Rachel Peake, this dramatic opera tells the tale of two devoted friends and the woman that comes between them. Conductor Kamna Gupta makes her Vancouver Opera debut.

Cast in the tenor role of Nadir is Aaron Blake, making his Vancouver Opera debut. Singing the baritone role of Zurga is Canadian Phillip Addis who has performed all over the world. Audiences will remember him from Vancouver Opera productions of La Bohème and The Marriage of Figaro. Canadian-Lebanese soprano, Miriam Khalil sings the role of Leila in her Vancouver Opera debut. Canadian-Armenian bass-baritone, Vartan Gabrielian performs the role of Nourabad. The Pearl Fishers is sung in French with English SURTITLES™ projected above the stage.