On Tuesday night I saw this show for the 2nd time, having seen the premiere last year, it was one that I had to see again, it is a must see. Telling the tale of the Craigslist ads in song and comedy, I could relate and the majority of the audience could relate as well. Just spending a few minutes on Craigslist randomly checking the ads in Vancouver as well as in other cities reveals story after story. With awesome music, a great cast and a well- designed set, this production is a hit, and I hope it makes it to Broadway someday soon.

The cast is all the same as last years show except for one of the leads which is now being performed by Actor Josh Epstein who sings and entertains throughout the show.

Your personal ads, set to music! Irregular hats for cats, mounted lobsters, autographed copies of the Bible: this new work from composer Veda Hille and the CBC’s Bill Richardson explores what humanity has to offer and turns it into sidesplitting musical fare. Who wouldn’t want a broken time machine, for free? Come and take a look at the vagaries and intimacies of the internet. Featuring the original songs “300 Stuffed Penguins,” “Chilli Eating Buddy,” “Decapitated Dolls,” and more.

With more than 700 local sites in 70 countries, and over 20 billion page-views and 50 million new ads posted monthly, Craigslist has become a treasured online locus where we are sanctioned to share our needs, wants, and offerings. Hille describes it as “the mass of humanity pressed against the glass,” offering a forum that is simultaneously anonymous and incredibly public. After its smashing debut as part of Twenty-Minute Musicals at Club PuSh in 2009, Do You Want What I Have Got? A Craigslist Cantata returns as a full-fledged production with 80 heartfelt minutes of quick-witted spoken text and song.

Do You Want What I Have Got? A Craigslist Cantata is the brainchild of two of Vancouver’s most beloved cultural icons.

Get tickets for performances running now thru May 18, 2013 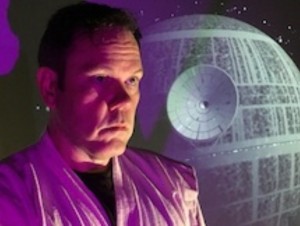