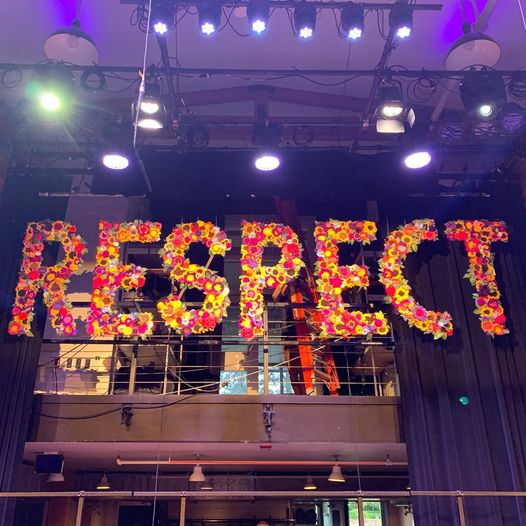 A wonderful uplifting Opening Night concert last night by the Vancouver Men’s Chorus and their celebrating women’s music with Conductor Willi Zwozdesky. If you want to enjoy some great musical numbers and a fun night, check out their upcoming performances through the coming week.

There were 2 acts along with an intermission at this wonderful concert as they return to do a series of performances at Performance Works after an absence of a few years since 2019. The show features elaborate costume changes, and exhilarating choreography. Willi (conductor) and members of the choir told stories about the various pieces they were about to sing, how the pieces originated.

Opened the show with “Rise Up” which was an upbeat number by the Parachute Club. The next piece that caught my attention was “Mista’hi” a piece that has a connection to the indigenous community and one of the chorus members John Liesch was featured on the hand drum. “Rehab” was a tune by Amy Winehouse and they talked about her passing away at a very young age of 27 from addiction. The piece was a beautiful rendition sung by the chorus. Lastly, “He had it coming” featured a beautiful solo by chorus member Jason Yau.

They started the next act with Respect which was arranged by Stephen Smith. “Secret Love” and an ode to Doris Day along with reference to the Gay community; and a wonderful melody. The piece “Stuff like that there” was all about Bette Midler including a story by one of the chorus members who camped out many years ago in Calgary to buy tickets to see Bette Midler’s show. “Girl Groups through the Decades” was wonderful along with choreography by member Cale Tian. “Chosen Family” was a piece that referenced the chosen family being the Vancouver Men’s Chorus that featured a selection of soloists. “Pop Queen Power Mash Up” was all about Lady Gaga and Madonna featuring members of the chorus in a mix dance to song number.

An encore number ended the show with members of the chorus fanning out in to the audience and getting everyone on their feet clapping and singing along. This was such a great way to end opening night of this amazing, uplifting show. Performances run through to June 18 and you can purchase tickets online here.