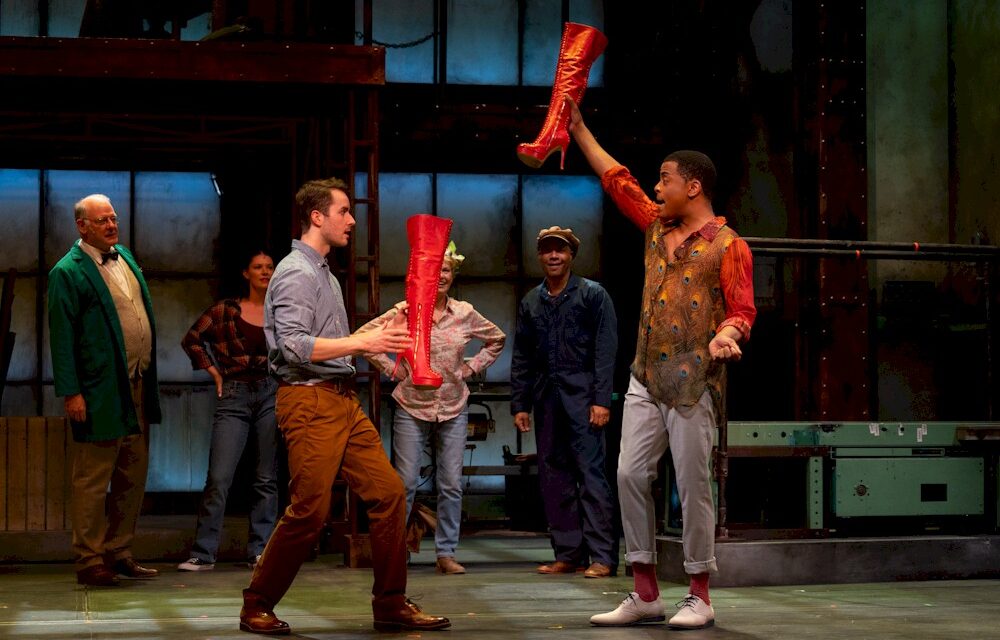 A ravishing performance for The Art’s Club Theatre’s all-Canadian production of Kinky Boots, a true story written by Harvey Fierstein and based on the Miramax motion picture Kinky Boots, written by Geoff Deane and Tim Firth, with words and music by Cyndi Lauper.

Standing ovation for opening night with this uplifting production and a great cast. It’s wonderful to see The Art’s Club present this production during Pride month and continuing the run throughout July.

Based on a true story, this rousing Tony Award–winning show—with a score by pop icon Cyndi Lauper—follows Charlie (Sayer Roberts) who is struggling to save the men’s shoe factory inherited from his father. When all seems lost, a chance encounter with the fabulous drag queen Lola (Stewart Adam McKensy) spurs an idea for creating “women’s boots for women who are men.” The unexpected underdog duo soon outfit themselves for success in this joyously infectious musical that celebrates compassion and acceptance.

The dance numbers are wonderfully choreographed by Julia Tomaino; a seven-piece band led by Ken Cormier keeps the music flowing beat by beat.

You can purchase your tickets here.