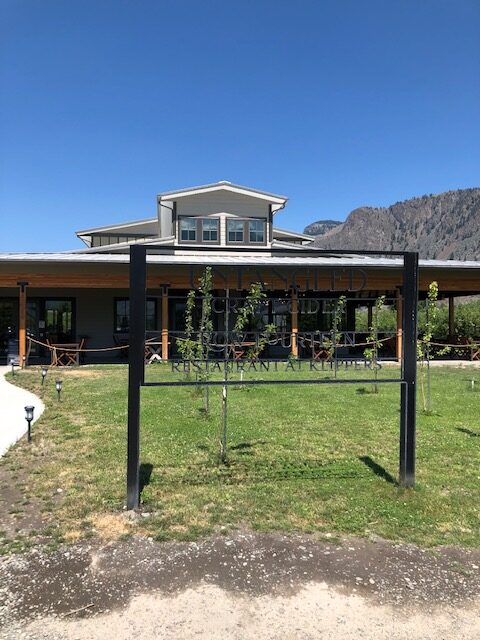 After a 4 hour drive from Vancouver we arrived in time for lunch at Row Fourteen, a beautiful restaurant located at Klippers Organics in Cawston, BC where Chef Derek Gray runs the kitchen.

Here it is all about farm to table which can literally be feet away as most of what they make is grown on their farm.

Loved the Beets with cherries and walnuts; and the next dish was a show stopper, the Zucchini bread topped with caponata, so fresh and tasty; and the Padron peppers with sea salt was very good as well.

The Potato gnocchi with first of the season Klippers Organic tomatoes and whipped ricotta was divine. The Dry aged burger with potato salad was outstanding.

We finished off with Chef Gizelle’s beautiful Peach Leaf Pannacotta with local @klippersorganics peaches, graham cracker crumple and hazelnuts. If you know you are heading to the Okanagan, make sure to make a reservation as far in advance as you can to dine at this restaurant for lunch or dinner.

After driving around Cawston we headed North to Penticton (40 min drive) and visited Wayne and Freda for a refreshing Iced Americano in downtown Penticton.

In the evening, we had dinner on the patio overlooking the Penticton lakefront at Elma which specializes in elevated Turkish cuisine where Chef Derek Ingram runs the kitchen.

Everything was delicious, started off with the Charcoal Grilled Halloumi with squash jam, spiced honey served with Elma Bread; ventured on to a dish our server Ebony suggested, the Smoked Mushroom Dumplings with walnuts, red pepper, yogurt, paprika butter and tulum cheese.

The next dish was both visually pleasing as well as flavourful, Zucchini with Turkish spices, Aleppo aioli on a bed of chili oil.

We finished off with the moist and flavourful Semolina Cake with local rhubarb and orange blossom.

We overnighted in Kelowna and the next morning we visited Bright Jenny Coffee Roasters and Café which was located in the industrial area of town. They had a lot of seating both inside and outside at this popular café where they not only roast their coffee beans but they also do their own baking.

We had Espresso and Tonics which were refreshing on the hot day; I then had a tasty Cheese Onion Scone while Lawrence had a Chocolate Chip Cookie.

We then drove downtown to visit Sprout where they bake an extensive selection of breads as well as baked goods. We picked up one of their Foccacia breads.

Later in the afternoon after we drove from Kelowna to Penticton, we had an early dinner at Pizzeria Tratto Napoletana where they specialize in using the finest Italian ingredients in their pizzas, they also offer some salads and other items including a large selection of wines.

We started off with a couple of tasty Italian specialties, the BURATTA bomba and the Meatballs and focaccia.

Next it was on to the pizzas and we shared three of them; my favourite was the Ricotta and Rocket Pizza with its flavourful Spiced olive oil base, topped with fior di latte, ricotta, olives, onions, arugula & dates. I also loved the Sausage and Smoke pizza followed by the Okanagan Garden pizza which was a vegan pizza selection featuring locally harvested vegetables as the toppings.

We finished off with a couple of the desserts, the Limoncello Tiramisu and the Sour Cherry Granita.

This dinner was a wonderful ending to our Okanagan adventure. 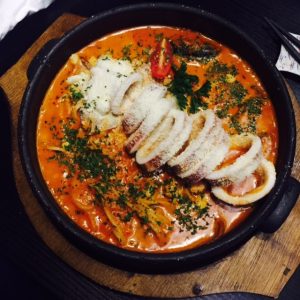 Vancouver Spaghetti Challenge on to October 30