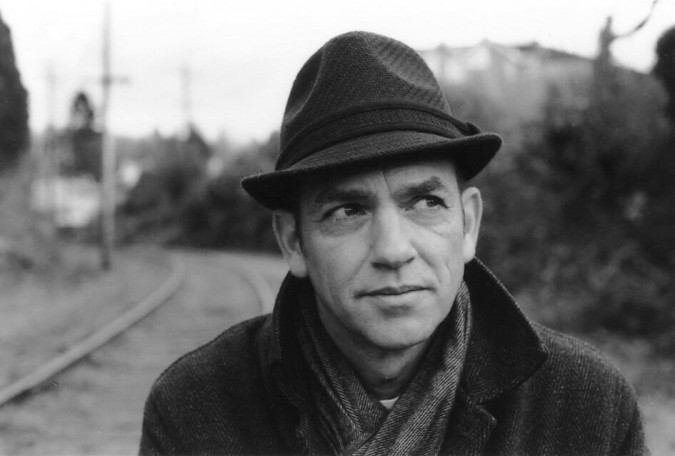 This was truly a one of a kind show, a Flipbook Cinema by and with Volker Gerling, I have never seen anything like it so it was so refreshing. For those that aren’t aware of what a Flipbook is, kind of like a photo essay, more so the photographer in this case Volker Gierling took multiple photos of a scene or a subject and then book binds them, you then flip thru the photos which creates a motion of sorts. This show returned to Vancouver recently as part of the PuSh Performing Arts Festival along with The Cultch, held at the historic York Theatre.

Volker Gerling is a passionate creator of flipbooks and an intrepid traveller. Almost every summer since 2003 he has set off on a walking journey throughout his native Germany and has altogether covered more than 3,500km. During this “slow travel” he invites people to visit his travelling Flipbook “thumb cinema” exhibition and creates flipbook portraits of some of the people he meets along the way.

At once a photographer and an animator, Gerling uses the flipbook to show us intimacy in motion. Each captured moment is a tale: the beginning and end of a smile, an awkward embrace, glimpses of a long-time love affair.

Truly well done, make sure to see this if he ever returns to Vancouver with another show.