Jenn Griffin and Margo Kane in the Arts Club Theatre Company’s premiere of The Unplugging. Photo by David Cooper

On October 17, the Artsclub opened its most recent production, The Unplugging, at the Revue stage. Written by Canadian playwright Yvette Nolan and directed by Lois Anderson, The Unplugging is a rather complex story that playfully touches the concepts of disaster, survival, honour and pride. With a cast of only three actors, the play tells the story of Bernardette (Jenn Griffin) and Elena (Margo Kane), two middle aged women expelled from their community that, just like every other place in the world, has been subject to a disaster that has caused people to rely on their animal instinct and their knowledge to survive. In a world where internet, communications, and technology are matters of the past, Bernardette and Elena are forced to become hermits away from their community to survive.

Elena and Bernardette have a tough time to survive their first winter with their new life conditions, but with time they develop skills that enables them to live and overcome adversities – skills that a young man named Seamus (Anton Lipovetsky) is eager to learn from the two. Eventually, Seamus becomes a central character that influences greatly the thoughts and moods of Elena and Bernardette, and the way they see the world and their former community.

The Unplugging is a play that runs for over 90 uninterrupted minutes; nevertheless, the play does not feel long at all. Having a very intriguing and at points confusing storyline, this work thrives at captivating the audience’s attention, aided by both superb performances by the cast and also by simple yet effective use of sound and light cues. The use of props and costumes is rather scarce, which is not a bad thing as little time is wasted in changes of scenario and disposal of props. Noteworthy are the sound effects, which play a vital role in conveying certain important cues to the audience – such as times of the day, ambience effects, and so forth.

The Unplugging is an interesting play to check out and a good option to consider when thinking of enjoying some theatre. It will be presented until November 3rd at the Revue Stage in Granville Island (1585 Johnston Street). 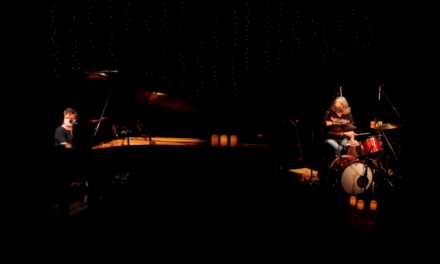