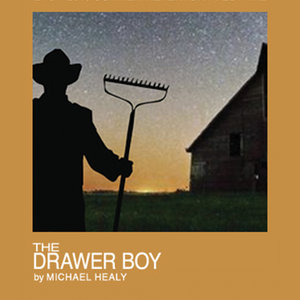 An uplifting comedy set in a doughnut shop, a classic political satire for the age of Trump and a celebration of the power of storytelling make this year’s Annual Summer Repertory Festival from Ensemble Theatre Company one of its most thrilling yet.  Tracy Letts’ Superior Donuts, Garson Kanin’s Born Yesterday, and Michael Healey’s The Drawer Boy promise to provide local audiences with a reason to see theatre during the warm summer months. Brought to vivid and powerful life by Ensemble’s talented group of actors, directors, and designers, this year’s selection of plays showcases the humour, insight, and risk that only live theatre offers. As Tariq Leslie, Artistic Director of Ensemble Theatre Company says: “Theatre brings us together to celebrate, challenge and provoke through the telling of stories. The plays we have programmed for our seventh season embrace conversations about what our culture was, is, and could be – the stories we tell ourselves and the truths we all share – each one filled with humour and with pathos.” For Vancouver theatregoers, the company’s annual repertory festival is a highlight in an otherwise dry time for theatre in the city.

The Drawer Boy By Michael HealeyDirected by Alan Brodie / Asst. Director Caitlin FyshSet Design and Costume Design by Alaia HamerLighting Design by Sara Smith / Sound Design by Michael ChambersStage Managed by Emily Chen / Props by Samantha LamFeaturing James Gill, Darcey Johnson, Chris Lam Preview Performance: Wed. July 10 / Opening: Friday, July 12 Set in Ontario in the early seventies, Michael Healey’s 1999 play was inspired by an innovative 1972 project called The Farm Show. In response to that work, which was based on interviews with rural Ontario farmers, Healey came up with a story about a young theatre actor, Miles, from the city who arrives at the rural home of Angus and Morgan, two aging bachelor farmers. Miles intends to write a play based on their stories about the rural life experience but soon discovers that the history shared by these two men is based on half-truths and mis-rememberings, and that uncovering the truth could deal a fatal blow to the tenuous strands holding together the shared lives of these two men. Canadian novelist and poet Michael Ondaatje wrote that “The Drawer Boy is a beautifully written play. It moves from toughness and hilarity to something devastating and tender.”

Born Yesterday By Garson Kanin Directed by Shelby Bushell and Michael Scholar Jr.Set design by Naomi Sider / Lighting Design by Celeste EnglishCostume Design by Julie White / Sound Design by Rick ColhounProps by Samantha LamFeaturing Alexis Kellum-Creer, Paul Herbert, Tariq Leslie, Kira Fondse, David Wallace, James Gill, Kenneth Tynan and Steven JamesPreview Performance: Th. July 11 / Opening: Sat., July 13 Best known for its movie adaptations, including the 1950 classic with Judy Holliday, Broderick Crawford and William Holden, Garson Kanin’s play is a comic masterpiece that is as relevant today—maybe more so—than when it was first produced on Broadway in 1946. When self-made junk man Harry Brock comes to Washington, D.C. to grease some palms, he sees that his efforts could be undermined by the presence of his uncouth girlfriend, ex-chorus girl Billie. But after Brock hires newspaperman Paul Verrall to launch Billie on a path to self-educating, the would-be tycoon gets more than he bargained for. 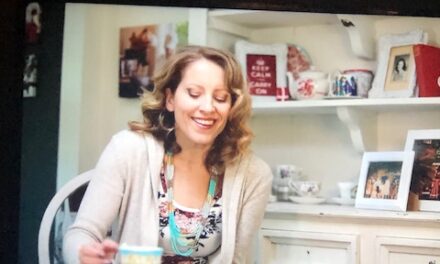