Artsclub closes its 49th season this summer by bringing a Broadway classic to Vancouver: The much acclaimed and Tony-Award winning musical Avenue Q, a show known for its hilarious and daring touch which crosses the boundaries into what could be considered vulgar and obscene. Nevertheless, the whole show does not feel like as such. Rather, it feels like an escape valve to openly laugh at normally supressed topics.

Avenue Q clearly takes elements from another classic children’s TV show, Sesame Street –for those of us old enough to remember it- such as the use of puppets who interact with humans, the use ‘educational’ pop ups, and children-sounding songs. However, unlike Sesame Street, Avenue Q’s purpose is not exactly to educate the audience. On the contrary, this play provides the audience an opportunity to step away from routine political correctness and to laugh at every day and social issues that laughing about is otherwise seen as taboo. Some of those topics include ethnic and racial stereotypes, sex, immigration, drug abuse, and income inequality.

The storyline lies around Princeton, a recent graduate from college who is trying to define his purpose in life. Having landed a new job, he looks to relocate outside of the college campus. After seeking accommodation in several neighbourhoods, he finds an affordable apartment to rent on Avenue Q. There, he gets to meet his new neighbours: A recent layoff, Brian (Andy Toth) and his Japanese fiancée, Christmas Eve (Shannon Chan-Kent); an aspiring kindergarten teacher, Kate Monster; a closeted gay and financial advisor, Rod, and his outspoken roommate, Nicky; a pornography addict, Trekkie Monster; and Gary Coleman (Evangelia Kambites), the former TV chid star who somehow finds his way into Avenue Q as a building superintendent.

Princeton quickly bonds with his new neighbours, who together evolve into a tight community where each of the characters shares (or hides) their personal and community problems. From there, all sorts of awkward situations, including politically incorrect ones, arise – relationships, break-ups, cheating, bad judgement, and other influences add in to the mix in order to create a twisted and funny storyline.

The show is greatly helped by a Sesame Street-esque ambience that injects a childish touch to this clearly- adult show, adding a hint of irony to the whole picture. This flavour, along with music and lyrics that easily stick in the audience’s minds even well after the show, fabulous lighting effects, other multimedia helps like audiovisual clips, and the obvious mastery in controlling the puppets, create a unique show that (not surprisingly) has managed to become an amusing Broadway favourite for a decade now. The cast and staff putting together the show in Vancouver, which includes master puppeteers Andrew McDonald Smith, Kayla Dunbar, Scott Bellis and Jenny Cassady, do an outstanding job to bring the same feel and touch of the Broadway show, but with minor and welcome adaptations to cater the local taste.

Avenue Q is a must-see show directed in Vancouver by Peter Jorgenson. It is presenting at the Granville Island Stage from June 20 to August 3, 2013. 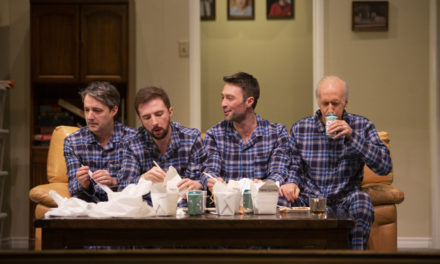 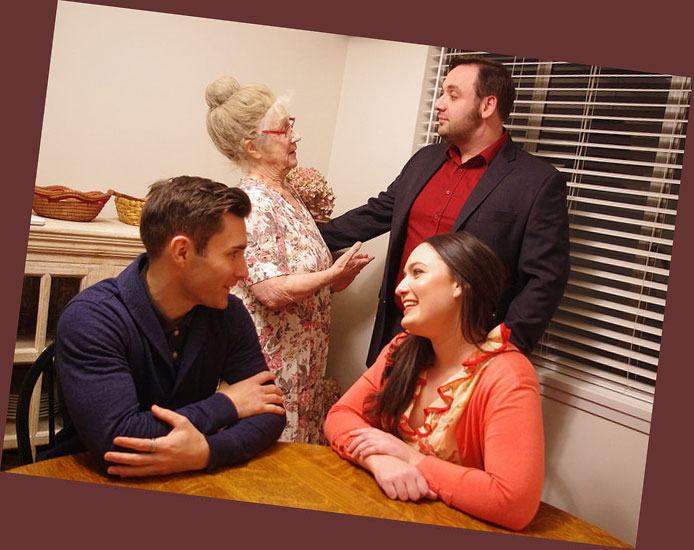