In their 13th year of showcasing world-renowned artists in a vibrant celebration of the performing arts, the Chutzpah! Festival has unveiled another amazing the line-up of electrifying music, riveting theatre and breath-taking dance scheduled for presentation from February 7 – March 3, 2013.

The popular multi-faceted Festival opens with a full evening of dance, featuring a Canadian Premiere choreographed by Itzik Galili and danced by BC-born Lesley Telford and Spain’s Miguel Olivera, as well as a new work, Brittle Failure, by Lesley Telford with Japanese scenographer Yoko Seyama. Filling out the program is BC’s own The 605 Collective. Chutzpah! also presents a collaborative program that brings together the sensibilities of two cutting-edge dance companies, Sidra Bell Dance New York and San Francisco-based LEVYdance, offering audiences a “two for one” East Coast/West Coast experience. There’s even more thrilling dance by the Kibbutz Contemporary Dance Company, a leading Israeli company, led by choreographer Rami Be’er. Opening for Kibbutz is a remount of Israeli American choreographer Barak Marshall’s gorgeous duet Zion, performed by Vancouver’s own James Gnam and Rebecca Margolick.

Internationally-celebrated music is also a staple of Chutzpah’s programming. 2013 featured artists include Israel/New York’s Yemen Blues (Venue), offering a fascinating mixture of traditional Yemenite melodies with blues, jazz and funk, flavoured by West Africa and enhanced modern compositions; the Itamar Borochov Quartet (Cory Weeds Cellar Jazz Club) in its Canadian premiere is internationally recognized for innovative jazz with its unique trumpet sound and Arabic/Pan-African musical sensibilities; the Idan Raichel Project Acoustic Show (Vogue Theatre), a blend of African, Latin American, Caribbean and Middle Eastern sounds, coupled with a spectacular live show, offering a message of love and tolerance;  and Klezmerata Fiorintina from Italy. More musical offerings include the Polish group SHOFAR who combine Hasidic music with free jazz; the Olga Mieleszczuk Ensemble who focus on Jewish music of Ashkenazi roots; War, Love and Loss, a concert of new works by the Vancouver Inter-Cultural Orchestra with the Pacific Baroque Orchestra; and Music in Internment, a co-presentation with the Vancouver Holocaust Education Centre.

Plus brilliant theatre and  film, including Haunted written by Daniel Karasik (winner of the 2011 Canadian Jewish Playwriting Competition) a  Touchstone Theatre production and directed by Katrina Dunn; as well as The Yellow Ticket – a live multimedia concert featuring one of the world’s foremost klezmer fiddlers performing her original score for the 1918 silent film; and Three Hysterical Broads Off Their Medication, a stand-up show that will give you an inside look at the comedic minds of three of the most insanely funny women to ever hit the stage; Judy Gold, Dana Eagle, and Cory Kahaney. with The 605 Collective opening

In honour of Lisa Nemetz

Provocative New York choreographer Sidra Bell and San Francisco-based Benjamin Levy of LEVYdance share this evening of brainy, exuberant dance, showcasing the unique sensibilities of both East and West Coast experiences. Each company comes with its own distinct personality reflecting the aesthetics and cultures of the companies themselves.

Kibbutz Contemporary Dance Company – If at All

Back after highly successful shows at 2011 Chutzpah! in their North American premiere of If at All Klezmerata Fiorentina is back for two shows with new repertoire after their 2011 Chutzpah! sold-out show. Featuring four principal players from the Orchestra del Maggio Musicale, a leading symphony and opera orchestra in Florence, Klezmerata Fiorentina was formed in 2005 to develop a concert version of traditional Ukrainian-Jewish instrumental music – the heritage of the group’s founder Igor Polesitsky. The result is an improvised klezmer chamber music reminiscent of the instrumental language, dance rhythms and melodies of the historical klezmorim but with the unique complexity of expression, dynamic range and tempo most often found in classical music.

Created and led by Idan Raichel, the Project’s blend of African, Latin American, Caribbean and Middle Eastern sounds, coupled with a spectacular live show, has thrilled audiences worldwide. The Project was honoured as the “Musical Group of the Decade” in Israel in 2010 and has played some of the world’s most prestigious venues, including New York’s Central Park Summer Stage, Los Angeles’ Kodak Theater, The Apollo Theater, the Sydney Opera House and Radio City Music Hall.

SHOFAR and the Olga Mieleszczuk Ensemble

By searching for a common denominator between Hasidic music and free jazz, SHOFAR carries on many of the Jewish musical traditions still alive today. Performed by three leading Polish musicians, Mikoťaj Trzaska (saxophone, bass clarinet), Raphael Rogiński (electric guitar) and Macio Moretti (drums), SHOFAR’s repertoire features a broad spectrum of music inspired by the discovery of a collection of Hasidic songs by Moshe Bieregowski (1892-1961) who researched Jewish music in Ukraine, Poland and Moldova.

Back at the VENUE after their sold-out concert at the 2011 Chutzpah! Festival

With its explosive, 21st century brew of Yemenite-Jewish song and poetry, West African grooves and American jazz, blues and funk, YEMEN BLUES is the most exciting new world music act out of Israel. The ensemble creates a breathtaking musical experience brimming with innovation, celebration and virtuosity fleshed out with oud, gimbri, strings and percussion, and led by the charismatic Israeli-Yemenite singer Ravid Kahalani. When Abby’s husband dies, she starts attending synagogue where she befriends David, the young rabbi. As their friendship grows into something much deeper, her daughter suddenly claims to be spending time with her father’s ghost. This powerful new play by one of Canada’s most intriguing young playwrights explores the rich territory between spiritual and earthly wisdom.

Tickets for the Itamar Borochov Quartet are available only through www.cellarjazz.com or by phone: 604-738-1959.

Tickets for Chutzi Packs are also available which enable patrons to see 4 different shows of their choice for $78 (excluding Yemen Blues, Idan Raichel Project and Itamar Borochov Ensemble).  New this year is the Chutzidance! Pack for $58 and choose 3 different dance shows. 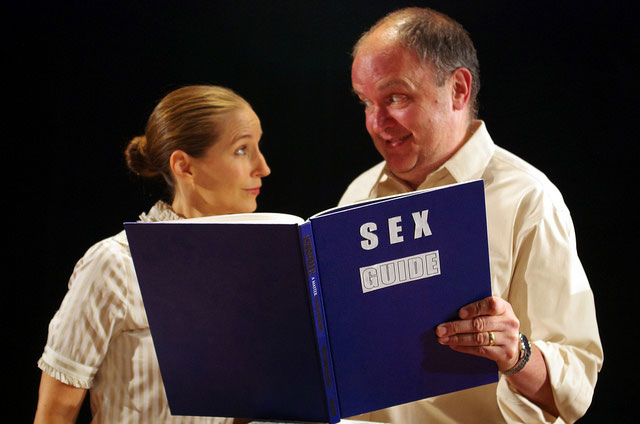