As holiday traditions go, taking the family to see The Nutcracker is always a guaranteed hit. Children enjoy the fantasy elements of the story, and adults appreciate the technical aspects of the production, all the while enjoying a trip back into their childhood. One of the charms of The Nutcracker is that it allows adults to enter a fantasy world as easily as if they were children. This year, the holiday tradition is brought to life by the Goh Ballet Society, in a world premiere. It has been choreographed by Anna-Marie Holmes, who is famous for interpreting the Russian classics, and has a cast of 197. The National Ballet Company has loaned two of their Principals for this world premiere — Sonia Rodriguez and Piotr Stanczyk, who play the Sugarplum Fairy and the Cavalier Prince.  In the tradition of Nutcracker productions world-wide, the cast includes about 50 children. Tchaikovsky’s score is performed live by the Vancouver Metropolitan Orchestra, under the direction of Ken Hsieh. The sets and costumes are deigned by Dinghao Zhang and Ming Li. Lighting design is by Pierre Lavole. Together, these elements serve to provide a visual feast, and the audience gets the hint of what is to come.

The ballet opens with an overture, which Holmes has interpreted as a snow-capped village scene. Later, we realise that the characters are on their way to a party at the Stahlbaum residence. At the party, we meet Clara and her brother Fritz. We also meet the mysterious Herr Drosselmeyer, the children’s godfather. He entertains the party with magic tricks and wind-up dolls that he has created. Previous productions of the Nutcracker portray Herr Drosselmeyer as mysterious to the point of scary. In this production, the young man cast as Drosselmeyer (Damien Carriere) is a magician, and while he is mysterious, there is no darkness about him. Choreography here works well too, as we forget that Carriere does not have any ballet training, and yet he is able to interact with Clara and the other dancers, without fumbling and ruining the mood. Drosselmeyer presents the children with gifts — Fritz gets a stuffed toy that looks like a giant mouse, and Clara gets a nutcracker that looks like a toy soldier. In a moment of beautifully danced sibling rivalry, the Nutcracker is broken, and Clara is distraught. But Drosselmeyer is a magician, remember, and the Nutcracker is repaired in an instant. Later, after the party has ended and everyone has gone to bed, Clara has gone back to the living room to check on her toy, and falls asleep with it in her arms. Suddenly, the room fills with giant mice, leading to one of the most humorous scenes in the ballet. There are young mice — obviously the youngest dancers of the production — scurrying around the stage, while larger mice are attacking Clara and the Nutcracker, who suddenly comes to life. The Nutcracker leads an army of toy soldiers against the mice and the Mouse King, but the battle is not won until Clara throws her slipper at the Mouse king, and the Nutcracker regains the upper hand and kills him. Drosselmeyer then reappears, waves his cloak over the Nutcracker and the Nutcracker becomes a handsome prince. The Nutcracker Prince then takes Clara to the Land of Snow, where they are welcomed by the Snow Queen and the Snow King. They dance a beautiful pas de deux, which is followed by the Waltz of the Snowflakes. It is here that the beauty of the ballet is seen. The corps de ballet do a beautiful Snowflake Waltz, and young Danielle Gould as the Snow Queen is magnificent. She brings grace and professionalism to the role, and it is difficult to believe that she is only 16. Act 1 closes with Clara and the Nutcracker Prince on their way to the Kingdom of Sweets.

Act 2 says goodbye to winter and hello to a change in scenery.  Once again, the set design is magnificent. The colours are rich, and the design is lavish, suitable for the opulence of the Sugarplum Fairy’s palace. For Act 2, the production stays true to the Balanchine version, and Clara remains a child in this act. Neither she nor the Nutcracker Prince are on stage during this act, except for the beginning, when the Nutcracker relates their tale. Unlike other productions, no romantic interest is implied between Clara and the Nutcracker. Instead, Act 2 is a joyous celebration, with the inhabitants of the Kingdom of Sweets entertaining Clara and the Prince during a feast — familiar pieces abound. There is Chocolate, represented by a Spanish dance. Coffee is an Arabian dance, and the two dancers in this piece (Katerena Goston and Orion Sky Radies) amazed the audience with their flexibility and grace. Peppermints, a Russian dance, was a crowd favourite, with danseurs Dustin Carnie, Stansulav Galimkhanov and Yuta Kawakami embodying the essence of whirling dervishes. Contrasting this dance was the Tea or Chinese Dance. This was followed by the Marzipan dance, which was remarkable for the talent of its three young dancers — Sara Carber, Theo Duff-Grant and Mary Liu. The Waltz of the Flowers (my personal favourite) came next, and, like with the Snowflake Waltz, the corps did a magnificent job. The role of Dewdrop was played to perfection by Yoshiko Kamisuka. The grand pas de deux between the Sugarplum Fairy and her Cavalier Prince, the roles that were portrayed by the Principals from the National Ballet. Frankly, for me, this was the only let-down of the ballet. While the pas de deux was beautifully executed and technically near-perfect, the Principals lacked the charm and enthusiasm that the other dancers — both lead and corps — had shown. Watching them dance was dry, and one was given the impression that this was, to them, merely another job. The ballet picks up again for a resounding finale, with snippets from the previous dances, allowing the corps to, once again, strut their stuff. As the lights and music fade, Drosselmeyer waves his cape and brings in a couch, on which Clara is sleeping, her toy Nutcracker cradled in her arms. Clara’s mother walks past and wakes her, the whole ballet has been merely a dream.

The Goh Ballet production of the Nutcracker is enjoyable, entertaining and heartwarming. The interpretation of Drosselmeyer as a magician rather than a mysterious man of magic was clever, and makes this version less scary for the younger children. Also, by removing the element of romance between Clara and the Nutcracker Prince (in the story on which the ballet is based, Clara marries the Prince), the ballet becomes more innocent. It remains a story of a wonderful dream sequence. This production of the Nutcracker is sure to appeal to all ages, and has earned its place as a new Vancouver holiday tradition. 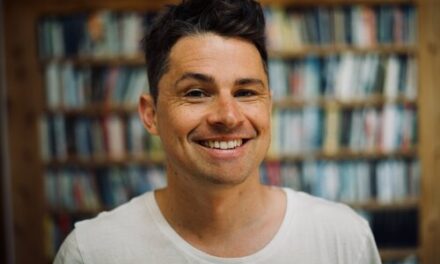