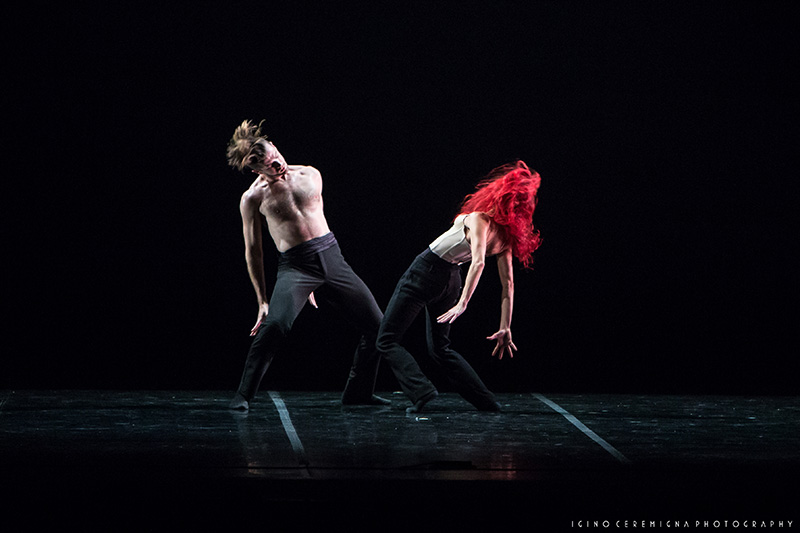 As part of its 2016/17 season, DanceHouse is pleased to announce the return of the explosive and original BJM (Les Ballets Jazz de Montréal) to Vancouver. This marks the internationally renowned contemporary dance company’s first Vancouver appearance in four years. Followers of dance have long appreciated the repertory company’s ability to bring the aesthetics of ballet to other styles of dance.

For its return to Vancouver, BJM is presenting three recent pieces. They bear the distinctive BJM signature of pure, festive energy – a celebration of humanity, its beauty and its creative force.

Rouge (2014) – Based on traditional Amerindian music, Rouge is an ode to resilience and a tribute to indigenous peoples and their musical and cultural legacy. Choreographed for BJM by Rodrigo Pederneiras, Artistic Director of Brazil’s Grupo Corpo and previously see on the DanceHouse stage in February 2014 , the dance is performed by the BJM ensemble as a single entity, suggesting the idea of escape or flight, a human migration. Gathering momentum as they are carried away by the rhythm of the music, the dancers convey drama and strength, surging toward a point of crisis until the excess of impulse and tension is exorcised.

Mono Lisa (2015) –  Two dancers execute incredible acrobatics in a factory-like atmosphere filled with sounds and visions of iron and steel in this piece from Itzik Galili. Michael A. Kros, of Ballettanz International, has said that the Israeli choreographer’s art “lies in his capacity to balance abstraction and narration with finesse, creating works that impress themselves strongly upon us. He is one of only a few choreographers working in the Netherlands today who can structure a fragile equilibrium between humour, aggression, lyricism, sex and elegance.”

Kosmos (2015) – In this piece for BJM, Andonis Foniadakis draws his inspiration from the frenetic pace of everyday urban life. The Greek choreographer finds the beauty in movements of crowds, moments of agitation, and the hustle and bustle of the city. This is a dance based on clear movement, where a mingling clan of dancers must come to terms with the presence of others.