The inauguration of this year’s Vancouver Jewish Film Festival was surrounded by a wave of expectations, acknowledgements, and an anxious crowd that looked forward to see the best examples of Jewish films form around the globe.  All these elements mixed together in an interesting opening gala that started with the screening of an opening movie at the Oakridge Empire Cinemas (601-650 West 41st Avenue), and continued with a reception at the nearby Peretz Centre for Secular Jewish Culture.
More than a hundred people gathered to attend the opening event of the festival: The screening of the Canadian premiere of the Israeli movie Mabul (The Flood). This movie, directed by Guy Nattiv, awarded by the Israeli Film Academy for Best Supporting Actor (Michael Moshonov) and by the Haifa Film Festival for Best Film, had also received a special mention at the Berlin International Film Festival before its arrival to Canada, for which the expectations of the movie were quite high. Despite of the fact that the movie followed a very sensitive and mellow story line, the screening was a full success that shook the audience’s emotions. It also set a rather mellow, yet welcoming, mood for the follow-up reception at the Peretz Centre for Secular Jewish Culture.
The Vancouver Jewish Film festival will continue running at the Ridge Theatre (3131 Arbutus Street) until November 20th, 2011. The schedule of films is available online at www.vjff.org/programme. 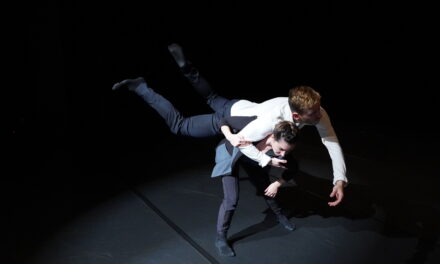