The Canadian Culinary Championships to vie for Gold Medal Plates glory takes place February 18 – 19, 2011 in Kelowna, BC. Home to BC’s wine country, and host of the event, will set the scene for the Gold Metal Plate award winners from across Canada. I had the opportunity to attend the Gold Medal Plates Vancouver competition and awards that saw Vancouver’s Robert Clark (C Restaurant) win Gold, he will now compete in this national competition. There are three distinct contests: the Mystery Wine Pairing, where each challenger matches the same vintage with their own locally-sourced creation; the Black Box Competition, which sees two dishes per chef produced with just 60 minutes on the clock; and the Grand Finale, which showcases an innovative dish from each competitor, paired with their choice of Canadian wine. All proceeds gathered from this competition go straight to champions of a different kind: the Canadian Olympic Foundation, which helps Olympic and Paralympic athletes achieve their own gold medal status.

Winning the Gold medal was Chef Robert Clark of C restaurant, his dish was a demi-tasse of translucent, pure tomato consommé along with a slice of a terrine made with Fraser Canyon Rabbit, with spot prawns. The wine pairing was an aromatic 2009 Viognier from Black Hills estate winery in B.C. 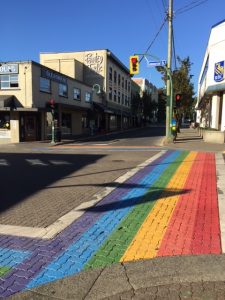 A Culinary Visit to Nanaimo