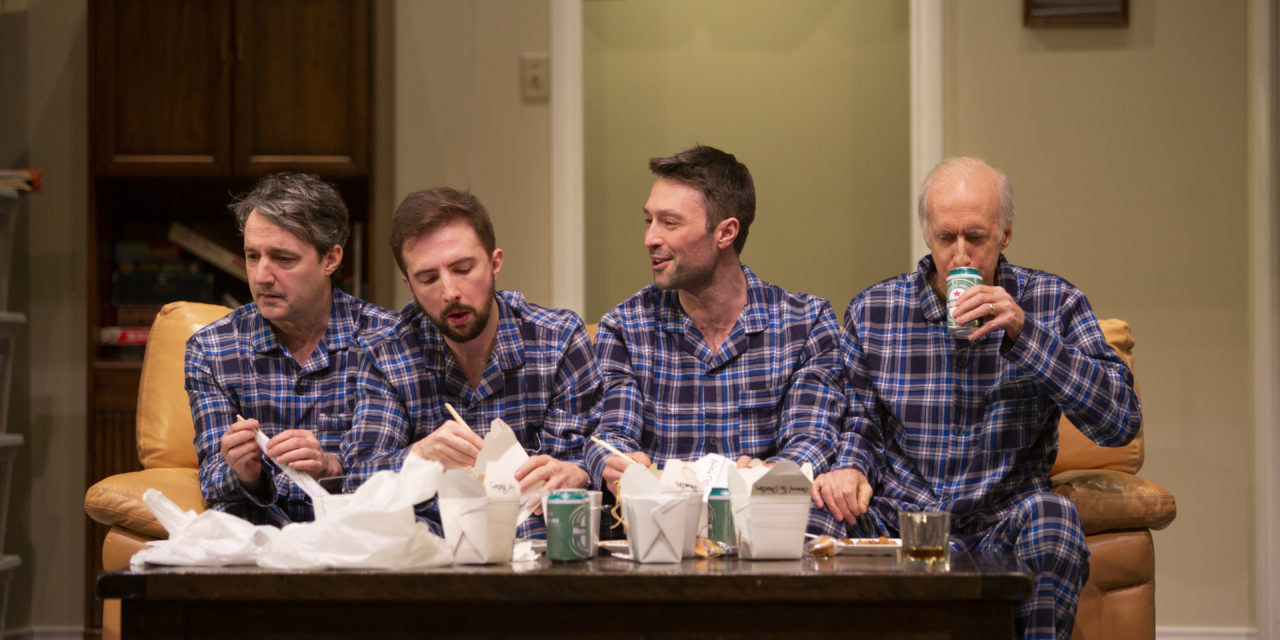 In their Canadian Premiere, the cast of Straight White Men present a provocative comedy where three brothers return home for the Christmas holidays. Regressing to trash-talking and sibling pranks, they are caught off guard by a shift in the family dynamic, forcing them to examine the effects of traditional masculinity.

Opening the show Raven John and Kim Villagente, they both talked about the show we were about to watch and then they were part of the show sitting back on each side of the stage where they set-up each scene. The show features an underlying message along with identities that are worth exploring.

The second act of the performance is a Talk Forward, where a different featured speaker is invited to give their unique perspective on the topics in the show. Audiences, along with a guest facilitator, are then invited to share their perspectives and engage more deeply with these ideas. The guest speaker for the peromance that I attended was David Hatfield (Manology Program Director) and he provided some commentary along with others on stage to the various questions people asked from the audience.

Performances run through to February 15, you can purchase tickets here.