The Wizard of Oz November 5-10 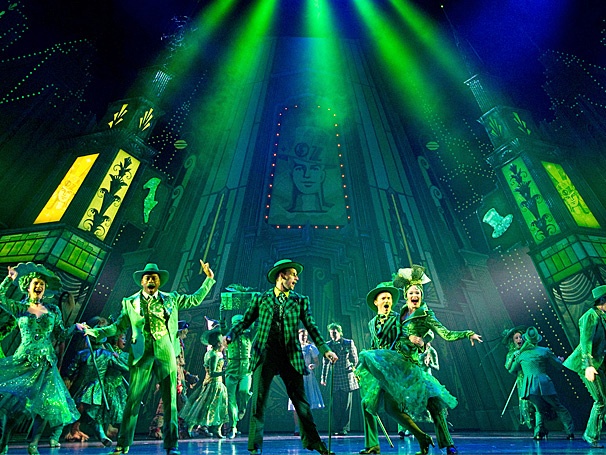 Producers Bill Kenwright, The Really Useful Group, David Mirvish, Troika Entertainment & Warner Bros. Theatre Ventures are delighted to announce that casting is complete for the first North American tour of the new stage adaptation of THE WIZARD OF OZ, which will commence on September 10, 2013 at The Smith Center in Las Vegas, NV and arrive in Vancouver on November 5 – 10, 2013.

The North American tour will feature many of the same talented cast currently starring in the Toronto production including, as previously announced as Dorothy, Danielle Wade, who was chosen by the Canadian public through CBC TV’s “Over The Rainbow.”  Starring opposite Danielle is one of Canada’s most respected and honored actors: Gemini-winner, film and theatre veteran, Cedric Smith as the Wizard.

Actor and choreographer Mike Jackson (Chicago, Broadway/U.S. tour; Contact, U.S. tour) plays the Tin Man.  Star of Mamma Mia! (Toronto/U.S. tour) and a Dora Award winner for his play High Life, Lee MacDougall plays the Lion. Jamie McKnight, known for his performance in The Producers (Toronto) and as one of the Canadian Tenors, plays the Scarecrow. Robin Evan Willis, star of many Shaw Festival productions, plays Glinda.   Joining the cast as the Wicked Witch of the West is Broadway and national tour veteran Jacquelyn Piro Donovan (Les Mis, Miss Saigon, How the Grinch Stole Christmas, Closer Than Ever).

Developed from the ever popular MGM screenplay, this new production of THE WIZARD OF OZ contains all the beloved Harold Arlen and E.Y. Harburg songs from the Oscar®-winning movie score, all the favorite characters and iconic moments, plus a few surprises along the way, including new songs by Tim Rice and Andrew Lloyd Webber.

THE WIZARD OF OZ will make its premiere in Vancouver beginning November 5 – 10, 2013 at the Queen Elizabeth Theatre. Tickets are currently available to groups of 10 or more and Broadway Across Canada subscribers.  Single tickets will go on sale Saturday, September 7 and are available by calling 1-855-985-5000, online www.ticketmaster.ca.  Groups of 10 or more call 1.800.889.8457.

Performances run, November 5 – 10 – Tuesday through Friday evenings at 7:30pm Saturday evening at 8pm with Saturday and Sunday 2pm matinees and Sunday evening at 7:30pm. Tickets for THE WIZARD OF OZ vary in range depending on performance, seat location, and date of purchase and start at $35.00 plus applicable service fees.